Crockpots, also known as slow cookers, are God’s gift to the Reluctant cook.   There is nothing better than your dinner magically cooking without you having to stand over it.

But once the meal is cooked, you still have to clean the pot.  And scrubbing that pot can be a pain in the arms as you scrub the baked on mess.

So even though this Reluctant Cook loves her Crockpot, the liners that I recently discovered are my new best friend.  All you do is line your crockpot, cook your meal, and then let your crockpot cool.  You can carefully tie off the liner and throw it into the trash leaving little to no cooked on gunk behind.  It will cut your cleaning down to SECOhesNDS!

Here is the crockpot liner that I like to use:Reynolds Slow Cooker Liners 2 Pack (8 Liners Total)

These are 8 liners for $10.98 which adds about $1.37 to the cost of your meal.  There are cheaper ones sold.  You can even find them at some dollar stores.  But many of the cheaper ones have bad reviews.

Would I use them every time I cooked a crockpot meal?  No, I’m too cheap to spend an extra $1.37 just to escape washing the pot.  But they are wonderful for those recipes that leave a gunky mess in the pot.  You just tie off the liner with one of the ties that is included and toss it.  That is when they are really worth the cost. 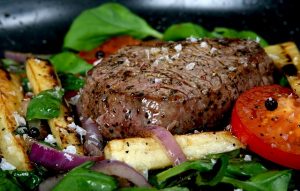 For more intense flavor in a grilled steak, you should let the seasoned steak sit uncovered in the refrigerator overnight.  The moisture loss bring heat conducting fat to the surface which leads to crisper skin, better browning, and more intense flavor.

When you want a more intense caramel colored stock, the trick is to blacken the cut sides of a halved onion (with the skin left on) in a dry cast-iron pan.  Add the onion to your stock pot.

When you want moist tender pork chops cooked on top of the stove, get your pan very hot.  Then turn the heat down to medium and add the chops.  The outer edges of the meet will get tender while the center reaches the perfect temperature.

Having trouble flipping those omelets?

Start at the edge of the omelet closest to you and use your spatula to gently roll up the omelet at about 1 1/2 intervals.  When you’re about halfway, ad a tablespoon of butter to the pan.  It will help prevent sticking and adds a nice sheen to the eggs.

What are some of your favorite tips to make cooking easier for this Reluctant Cook?

The holidays will be here before you know it.  Perhaps it’s a little early to be thinking Christmas but I’m constantly on the lookout for “quick and easy” ways to make people think that just perhaps I inherited a bit of Martha Stewart’s creative genes.

I found this one today that you might want to keep in the back of your mind.  if you are planning a holiday dinner, this is a napkin folding idea that is quick and easy and will really dress up your dinner plates.  It’s so easy that the kids can even do it for you.

On a day when everything seems to go wrong and you have little time to spend in the kitchen, a bit of humor will go a long way. Here is mine to share with you. 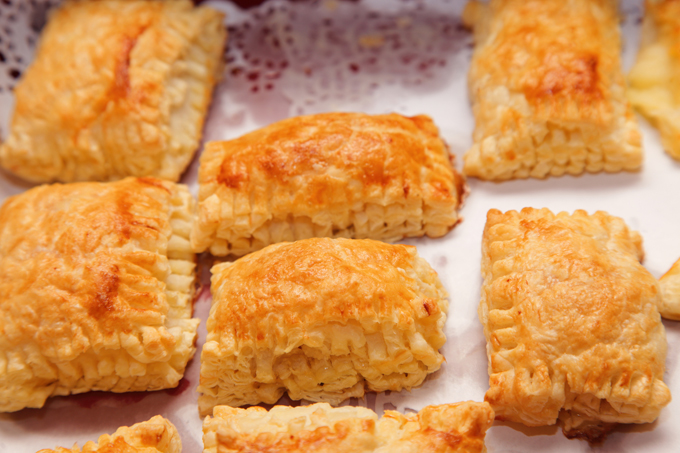 We all have memories of food that we loved as children.  One of my favorites is strawberry shortcakes which were a treat we looked forward to on Friday night which was when my Dad was paid and he and Mother went grocery shopping.

I’m sure that I would probably turn my nose up at them now that I’m grown and have experienced the flavor of fresh strawberries over my quick and easy “one egg cake” with real whipped cream.  But back then, the frozen strawberries over grocery store shortcakes and whipped cream in a can was heaven for us kids.

Tana, a favorite blogger at The Cook’s Pyjamas fondly remembers the apple turnovers from the frozen food section of the grocery store that she eagerly devoured as a child and even into her college days.

Tana, is also a Reluctant Cook who looks for “quick and easy.”  She came up with a substitute that is made from two familiar grocery store staples — butter puff pastry and applesauce.   Tana’s quick and easy Apple Turnovers only take about 10 minutes to prepare and 15 minutes to bake so you can delight your own family with them at any time.

You can find Tana’s recipe here. 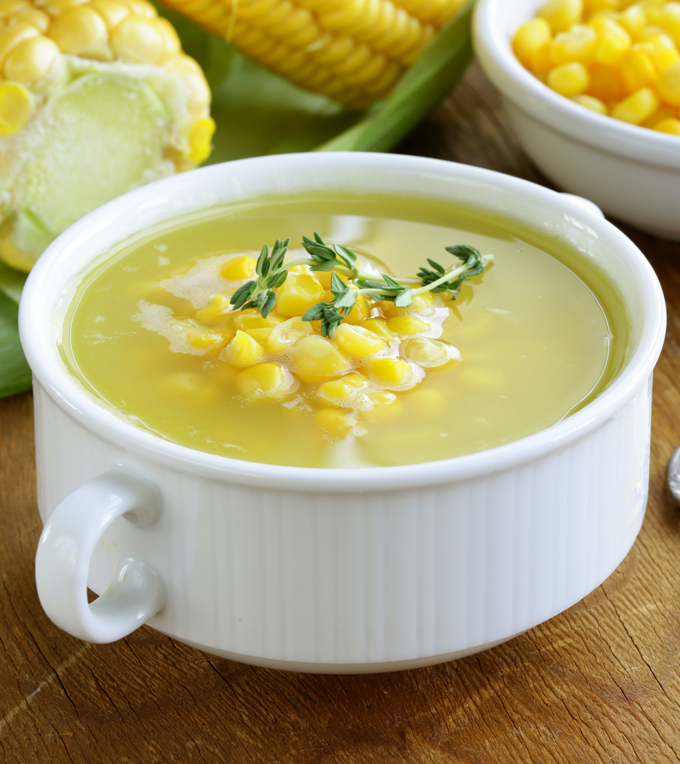 Whenever summer brings fresh corn to my grocery stores and farmers markets, it’s time to make this family favorite — fresh corn chowder.  Canned corn can be used to make it “quick and easy” but the flavor of using fresh corn makes the extra time worthwhile. 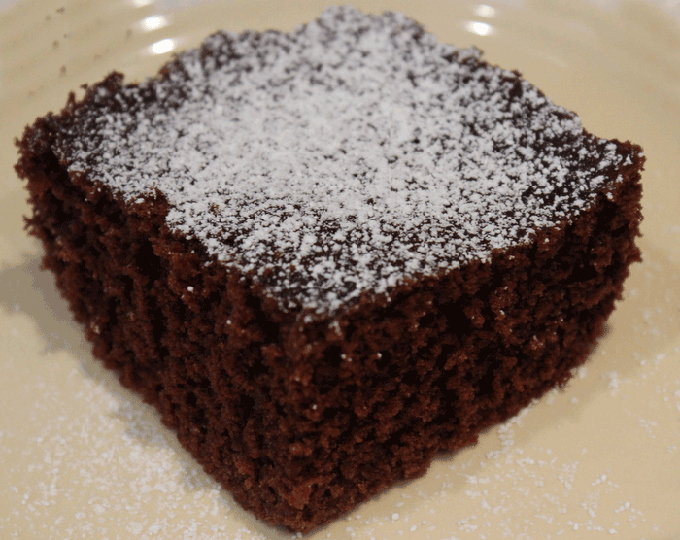 I discovered this recipe many years ago when my daughters were young. I’ve seen it called crazy cake, wacky cake, cockeyed cake, among other names. It is one of the easiest chocolate cakes to make and comes out beautifully dark, moist and delicious. You can serve it as is with ice cream or cool whip. Or if you have a few extra minutes, sift powdered sugar on the top or whip up a quick and easy powdered sugar frosting. 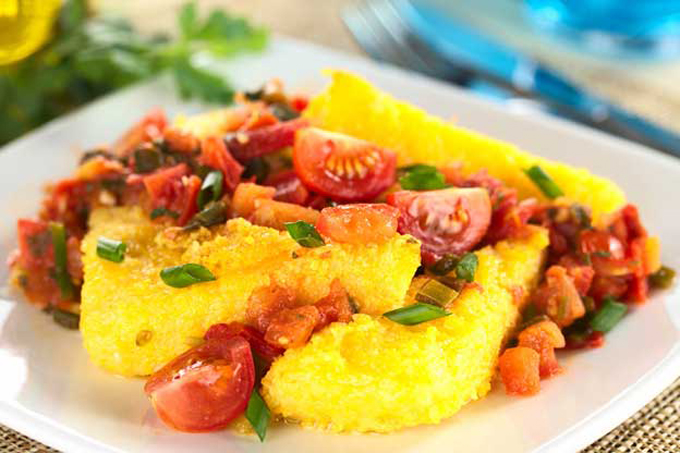 I first discovered Polenta when visiting my husband’s Italian cousins who had immigrated from northern Italy where Polenta is a staple as Pizza is to the southern part of the country.

Many years later when I told an Italian friend who was from southern Italy how much I liked polenta, his comment was, “Oh, that is poor people’s food.”  Poor people’s food or not, it is one of my favorites, is healthy as cornmeal is a “whole grain,” and is quick and easy to cook.  But best of all, it has more flavor than either rice or noodles.

Traditionally, it is made of coarsely ground cornmeal but just plain old cornmeal works too. It takes the place of rice or potatoes. John and Lena were making a rabbit stew to serve over the Polenta that day when I first discovered and fell in love with it but I’ve served polenta with just about anything that I would normally serve rice or noodles with. 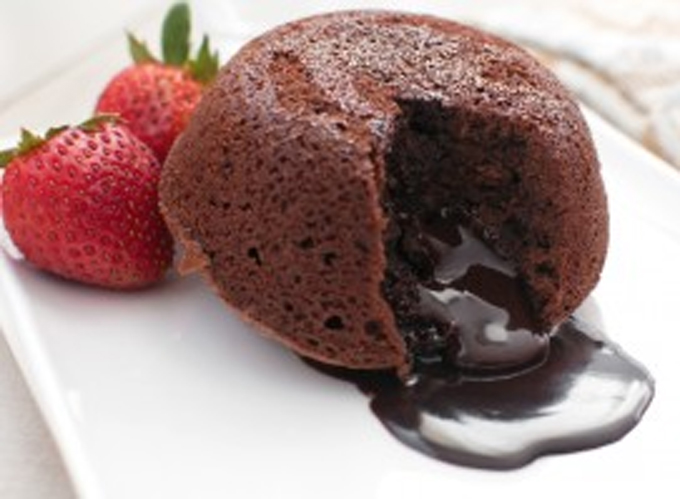 When I cook quick and easy, I also try to make sure it is healthy as well. But there are simply times when you want decadent! And what is more decadent than chocolate.

I am always on the lookout for ideas that others have discovered for quick and easy and discovered this one for microwave brownie lava cakes at The Yummy Life.

This is what Monica has to say about this recipe that I couldn’t resist:

“This just may be the yummiest and easiest dessert ever! You can cook this impressive, fancy dessert in just 1 minute in the microwave using the convenience of a brownie mix. Make these individual cakes in custard cups or mason jars. You can mix the batter in advance, hold it in the fridge, and enjoy one of these treats any time. Make a single cake or several at once. Learn my tricks for getting perfect results every time.”

Head on over there, see for yourself, and come back and tell me what you think!

Buy it Now
at Amazon